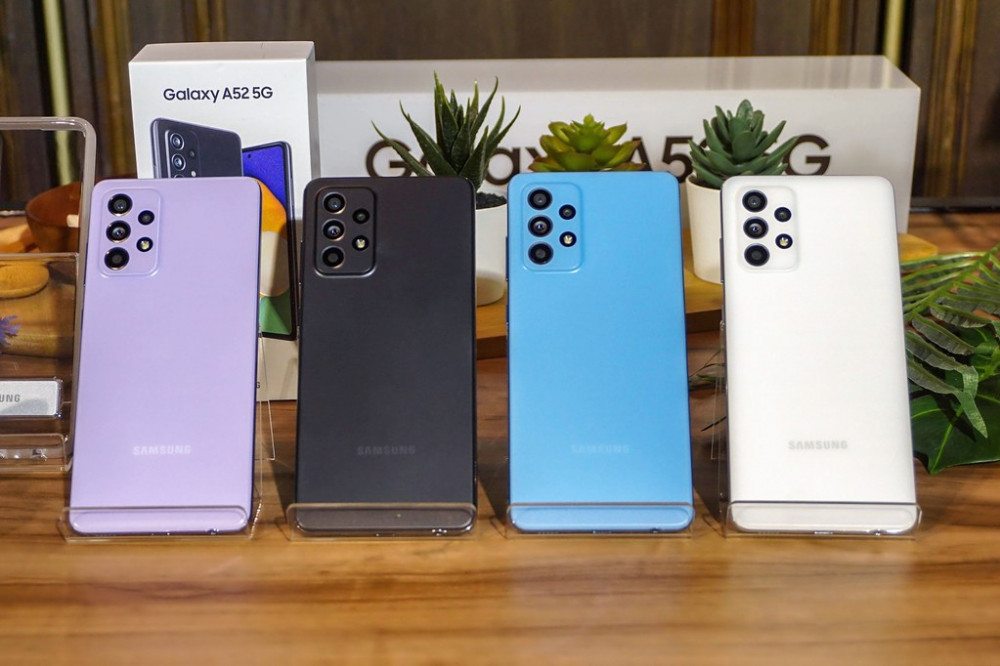 More on the value- side of the smartphone, for that price, you’re getting an IP67 rating for dust and water resistance, stereo speakers, a bigger 4,500mAh battery coupled with 25W charging, 90Hz display and a high-res 64MP main shooter.

Let’s get into the details shall we.

Visually, the Galaxy A52 is simplistic and stunning at the same time. It is available in four colors i.e. Awesome Black, Awesome Blue, Awesome white, and Awesome Violet. The shape of the back panel appears to be tucked into the phone’s frame. 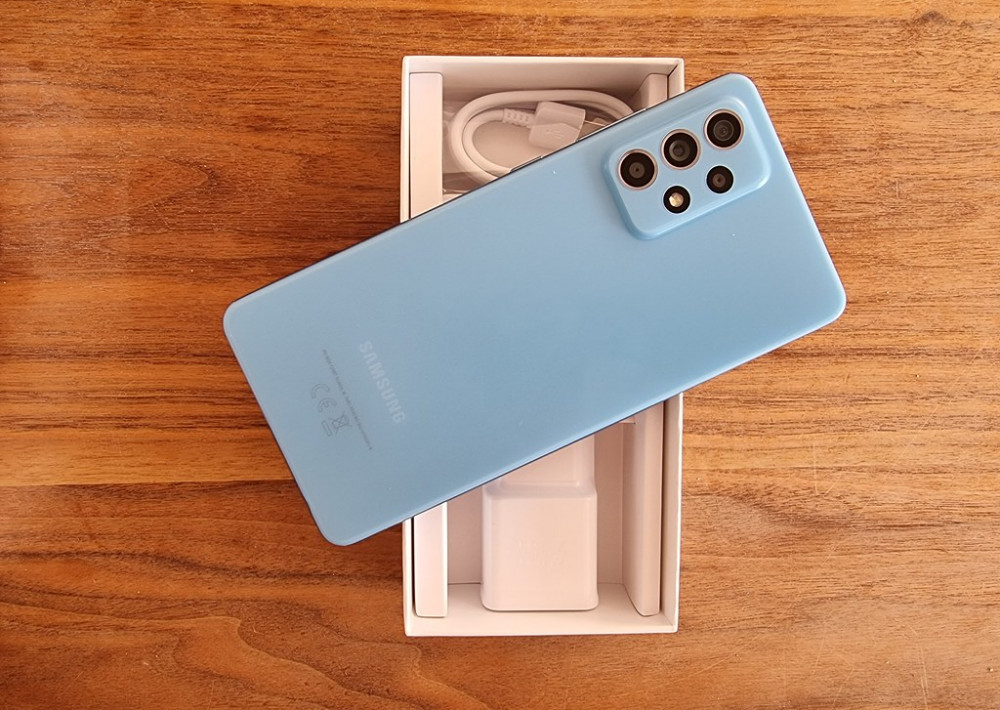 Regardless of the particular outline, the main camera hub is obviously inspired by the original design language of the Galaxy A51 and the Galaxy Note 20 family.

The device measures 159.9 x 75.1 x 8.4 mm and weighs 189 grams. The display has Gorilla Glass 5, the frame is made of plastic as well as the back panel. At the bottom of the phone you will find the 3.5mm audio jack, Type-C port, and a single bottom-firing speaker. 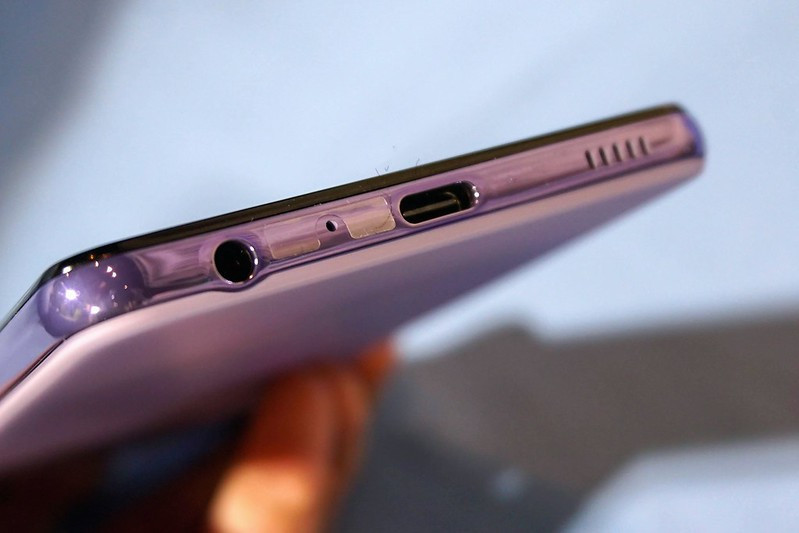 The stereo loudspeaker setup on the Galaxy A52 is a hybrid one, in this the earpiece acting as the second speaker. At the top of the device is a secondary noise-cancellation mic and a dual Nano-SIM card tray. The tray is also a hybrid one with the second slot doubling as a microSD slot. 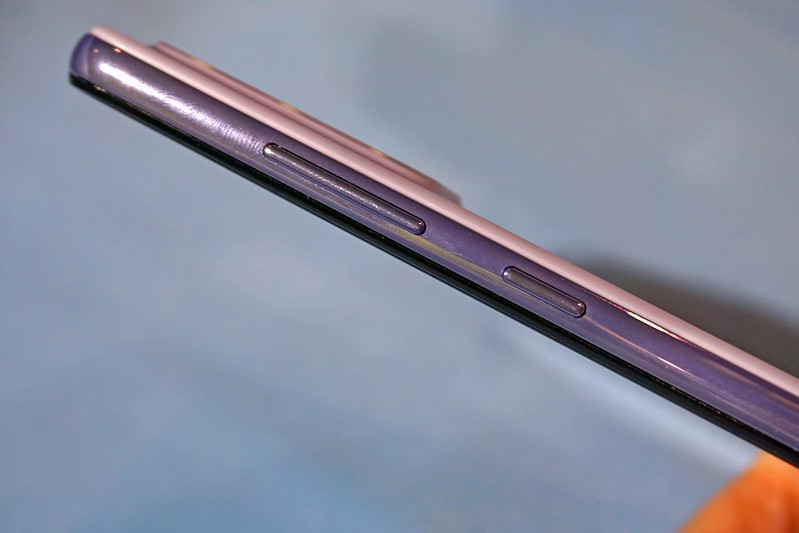 On the right side you will find the volume rockers and the power button whilst there aren’t any buttons on the left frame.

Samsung has really outdone themselves this time around by offering high refresh displays on the A series, namely on Galaxy A32, A51 and A72. The Samsung Galaxy A51 has a beautiful 6.5-inch 90Hz AMOLED display with a resolution of 1080 x 2400 pixels. 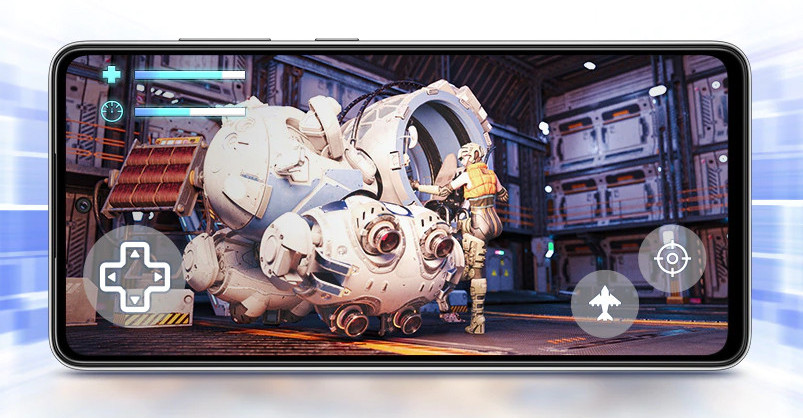 The Galaxy A52 launches with the latest One UI 3.1 and Android 11 out the box. Furthermore, the Galaxy A52, together with the A72 will receive 3 major OS updates, as well as 4 years of security patches. Powering the device is the Snapdragon 720G, with an Adreno 618, which is coupled with either 4GB/6GB/8GB of memory and 128GB/256GB of storage. 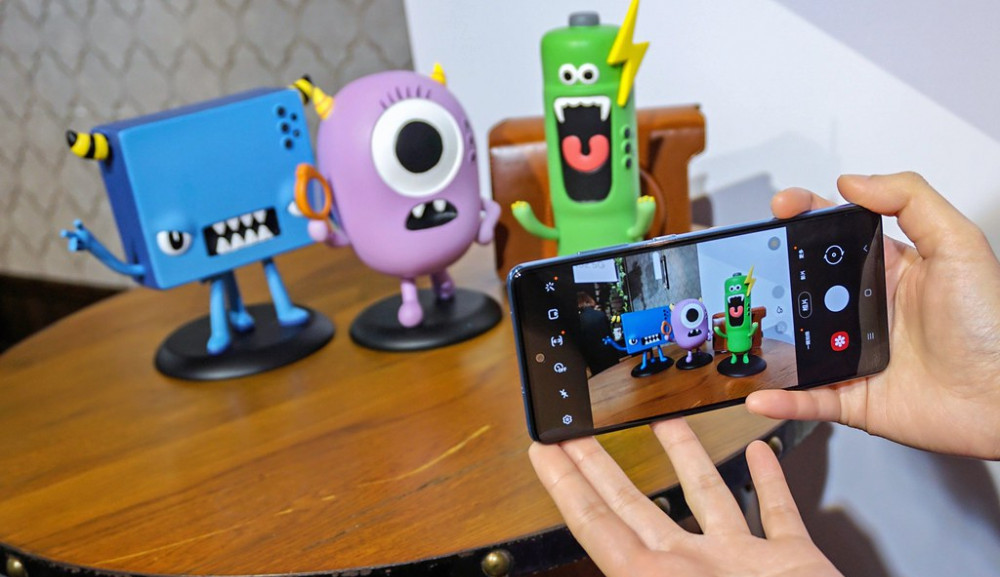 There’s a higher-res 64MP Quad Bayer main cam. This one has a fairly bright aperture of f/1.8. The ultrawide unit is also a higher-res option at 12MP with an aperture of f/2.2. The dedicated macro and depth sensors, which are 5MP, f/2.4 aperture. Check out how cameras did in real time Here.

There’s a decent 4500mAh battery on board to keep the phone juiced through the day. Check out the endurance rating Here. The phone comes with a 25W Adaptive Fast Charging adapter.