In this review, I will not talk about the two devices in two separate articles as they are too closely related to be talked about separately. Despite that, our focus will be the RealMe 8 Pro which supposedly has better features of the two.

The main difference between the RealMe 8 Pro and it’s predecessor the RealMe 7 Pro is the new 108MP main camera while the rest of the other snappers remain the same i.e. an 8MP ultrawide, a 2MP macro, and a 2MP depth sensor. 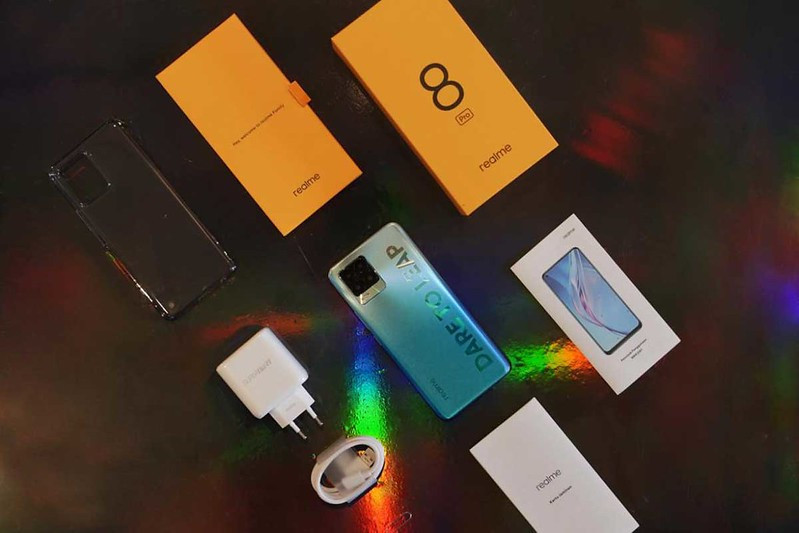 The design changes, mainly the rear panel, it has a sand-blasted finish. The rest of the features remain pretty much the same- the same 6.4″ 1080p Super AMOLED screen, the same Snapdragon 720G chip, as well as the same 4,500mAh battery. The downgrades include, the Realme 8 Pro has only one speaker, it charges a little slower at 50W, and the selfie camera resolution was halved. Oddly, the water-repellent coating is gone, too. 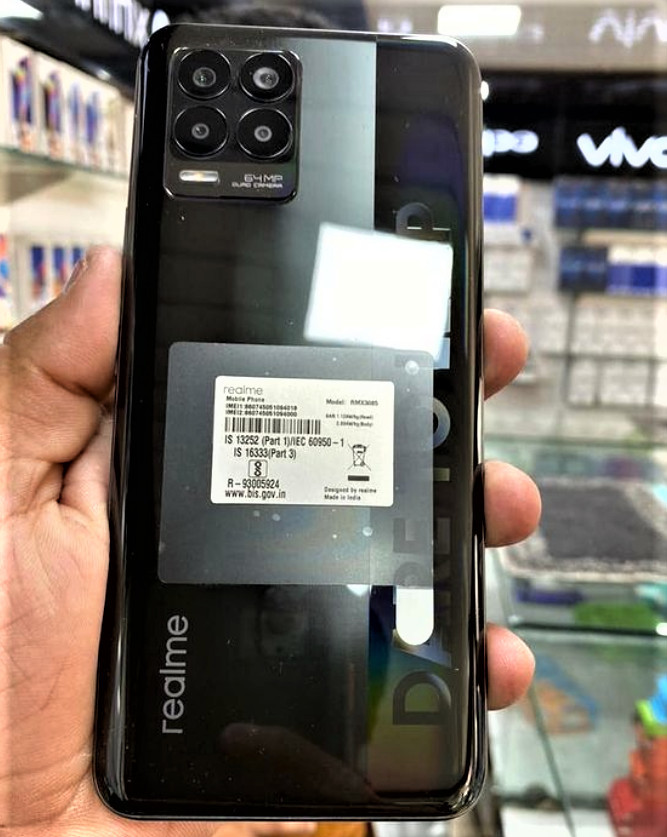 The RealMe 8 Pro has a front glass and a plastic back sandwiched by a plastic frame. When it comes to the front built, there are little changes on the RealMe 8 Pro from the RealMe 7 Pro, actually nothing at all. It still maintains the same flat screen with thin bezels except for the bottom bezel which is the larger of all.

There’s a punch-hole at the top right corner of the display which houses the selfie camera. There’s also an under-display fingerprint reader. Above the screen is the earpiece grille. There is no second speaker on the Realme 8 Pro. The back of the phone is where everything changes. 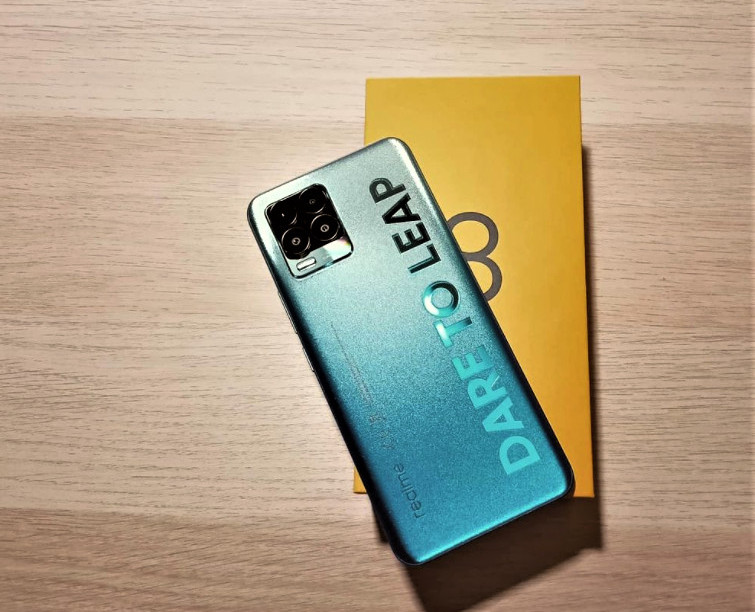 The rear panel has a sand-blasted finish and a glossy DARE TO LEAP logo. I personally feel its too loud in the sense that the logo is too big and flashy. Found on the back is the camera hub which is much different from the RealMe 7 Pro, this one is more square. Another emphasis on the fact that there is no water-repellant coating as was on the RealMe 7 pro. The volume and power keys are on the right.

, the left side of the frame houses the tri-card slot, where you can put two SIMs and a microSD card. The top of the phone has one of the mics, while the bottom contains the USB-C port, the mouthpiece, the speaker grille, and the 3.5mm jack. 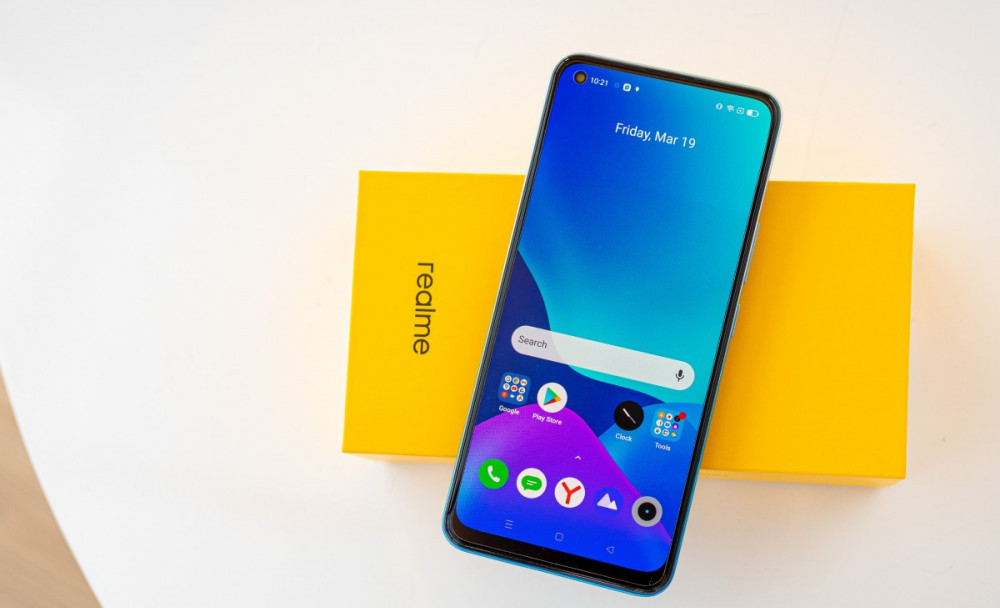 There’s a 6.4″ Super AMOLED screen with a standard 60Hz refresh rate, the same display as that on the RealMe 7 Pro. The punch-hole for the 16MP selfie camera is at the top right corner of the display.

The Non pro model i.e. The RealMe 8, differs in these areas as it is powered by the Mediatek Helio G95 and offers an octa-core processor in the same configuration as the Pro model but only clocked a little different as follows- Octa-core (2×2.05 GHz Cortex-A76 & 6×2.0 GHz Cortex-A55) and instead of an Adreno GPU, there’s a Mali-G76 MC4. Furthermore, there are 3 available configurations- the storage remains the same 128GB on all three but the only difference is with the RAM which starts from 4GB, 6GB, and 8GB.

There’s a quad camera setup on the rear. The main camera is a 108MP snapper which incorporates Samsung’s ISOCELL HM2-a massive 1/1.52″ sensor featuring ISOCELL Plus pixel isolation and a maximum resolution of 12000×9000. It is also advertised for its 3x lossless zoom. 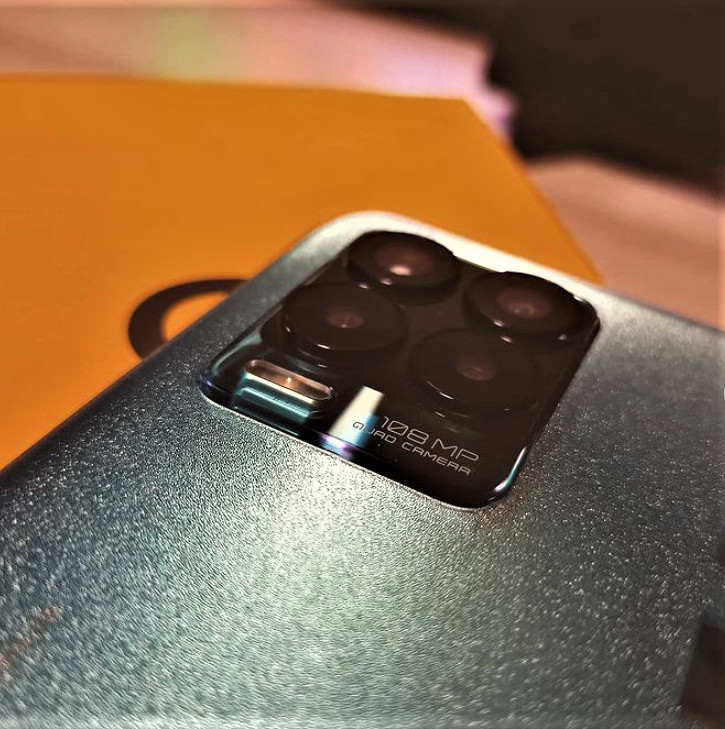 This is especially different for the RealMe 8, it has a 64MP main camera with Sony IMX 682 Quad-Bayer sensor with f/1.8 lens, 0.8µm pixels, and PDAF. The same one that was on the RealMe 7 Pro.

The ultrawide camera uses an 8MP Hynix HK846 sensor behind f/2.3 lens, 1.12µm pixels and has a 119 degrees FOV. It also has Night Mode is available.

The two small cameras include a 2MP OmniVision OV02B sensor with f/2.25 aperture and fixed focus at 4cm for macro shots, and a 2MP GalaxyCore GC02K0 depth sensor. 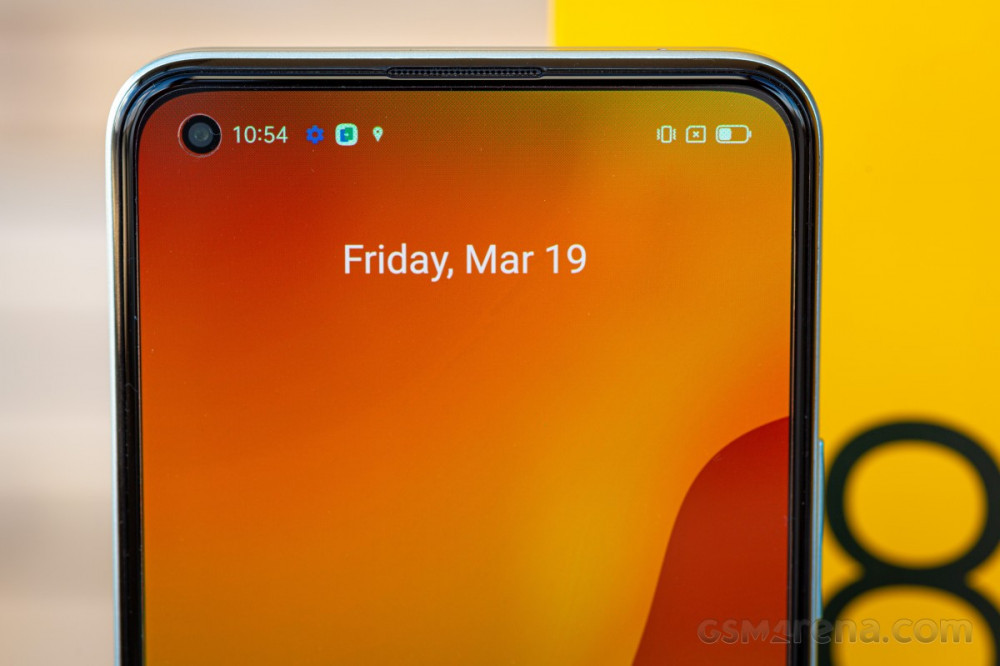 Lastly, there is a 16MP f/2.5 selfie camera on the front screen with fixed focus.

The RealMe 8 Pro features a 4,500mAh battery and supports 50W SuperDart Charge, but you get an even more powerful 65W power adapter as part of the phone’s retail bundle. Realme is advertising the 50W SuperDart charge as capable of replenishing 50% of a flat battery in 17 minutes, while a full charge should require 47 minutes. Wireless and reverse charging are not supported on this device.