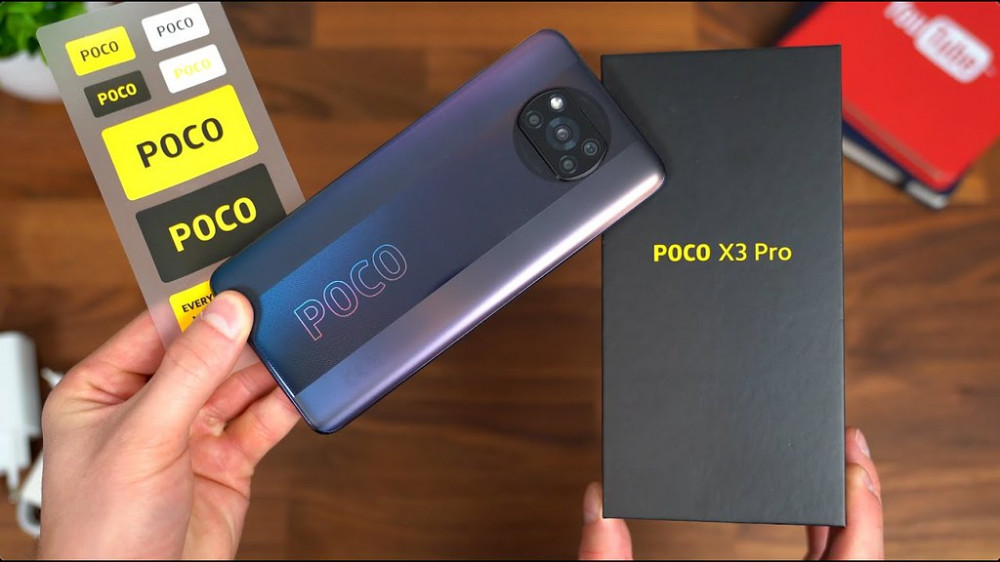 Xiaomi’s value packed smartphone is once again here- the Pocophone, the Paco x3 Pro. This is an upgrade from the Poco X3 NFC, which when put side by side you will notice the similarities. This is the first smartphone to run on the Snapdragon 860 processor.

The commonly shared features with the Poco X3 NFC include IP53-rated for dust and splash resistance,120Hz refresh rate, a 6.67″ IPS LCD screens with 1080 resolution and the same 5,160mAh battery capable of 33W fast charging. Furthermore, other features found on the Poco X3 Pro include stereo speakers, a microSD slot, NFC, an IR blaster, and even a 3.5mm jack.

The Poco X3 Pro and the Poco X3 NFC are visually identically in every aspect possible. The Poco X3 Pro measures 165.3 x 76.8 x 9.4 mm and weighs 215 grams. There’s Gorilla Glass 6 to protect the screen, the frame is made of plastic as well as the rear panel, of which the curved real plastic has three distinct shades- a glossy one sandwiched by two matte. The device is also safe from dust and splashes of water thanks to it’s IP53 rating. 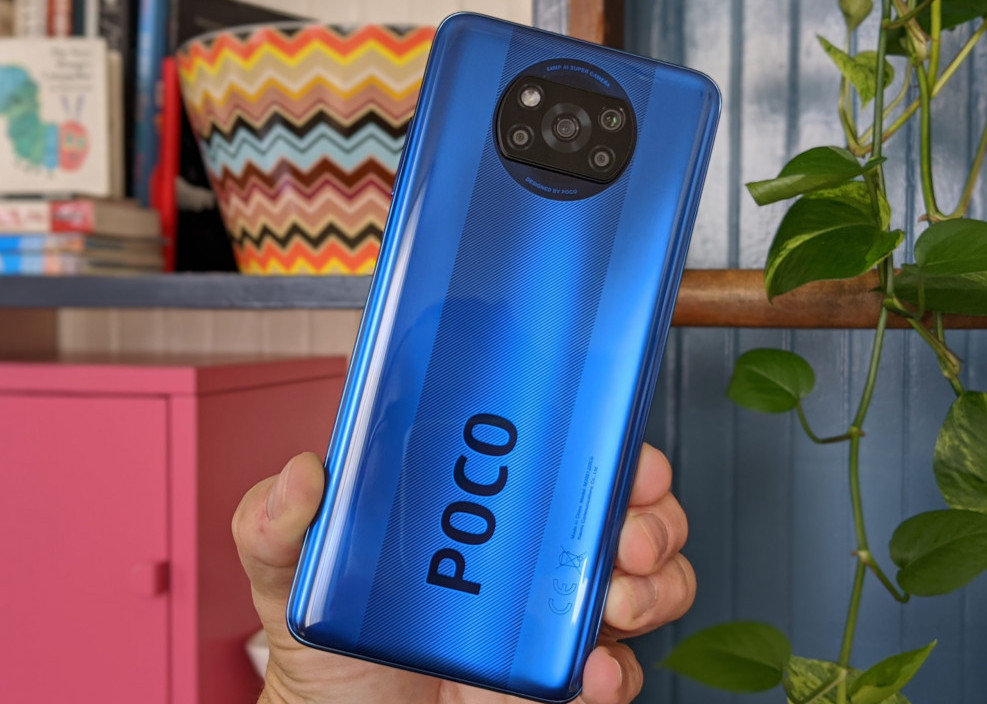 The camera hub on the back has the shape of a rectangle with curved sides, the entire hub then resides within a dark gray circle. The top of the screen withing the top bezel is the speaker grille which also doubles as an earpiece. There’s also a tiny white-only notification LED.

You will also notice the punch hole on the top center of the display which houses the selfie camera. At the top of the phone is the IR blaster, one of the mics, and an additional hole for the top speaker. On the right side of the phone are the volume rockers and the side-mounted fingerprint reader which also acts as the Power button. Over to the left side of the phone is the hybrid card tray which you can replace one of the SIMs with a microSD card. The bottom of the phone has the USB-C port, Mouthpiece, 3.5mm jack, and the second stereo speaker.

The Poco X3 Pro boots Android 11 with MIUI 12 skin out the box and it is the first smartphone to employ the Snapdragon 860 SoC. According to GSMArena, this is a repacked version of the Snapdragon 855+. Having the same processor and graphics but broader camera and RAM support. Furthermore, the SD860 omits the external 5G model and only supports 4G LTE networks. 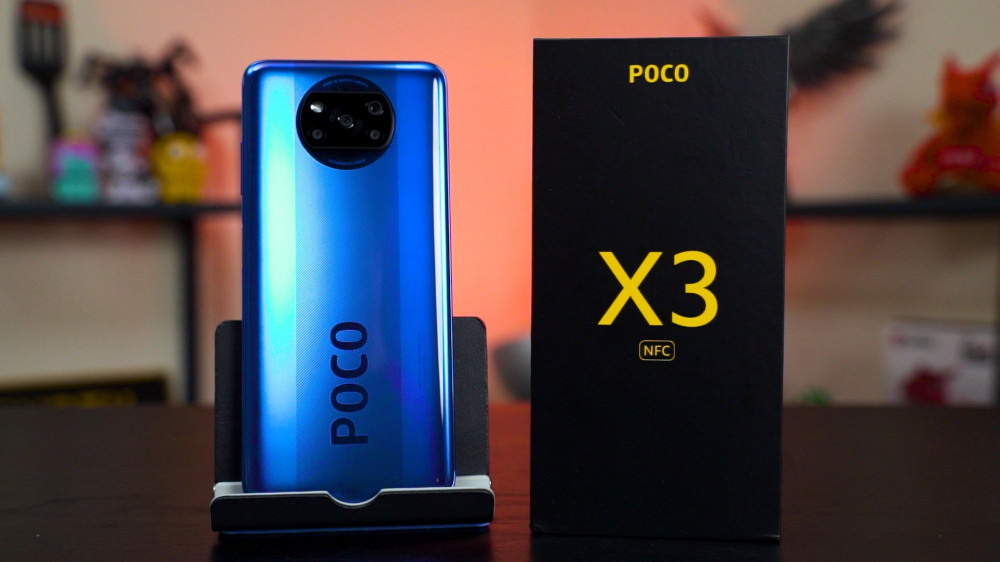 The GPU is Adreno 640 and despite it being an old GPU, it is still more powerful than any mid-range offering and should be able to handle HRR-capable games with much ease.

The Poco X3 Pro is available in only two configurations – the base model has 6GB of RAM and 128GB of storage, and the maxed out configuration comes with 8GB+256GB combo. The RAM is LPDDR4x and the storage is the UFS 3.1 type. 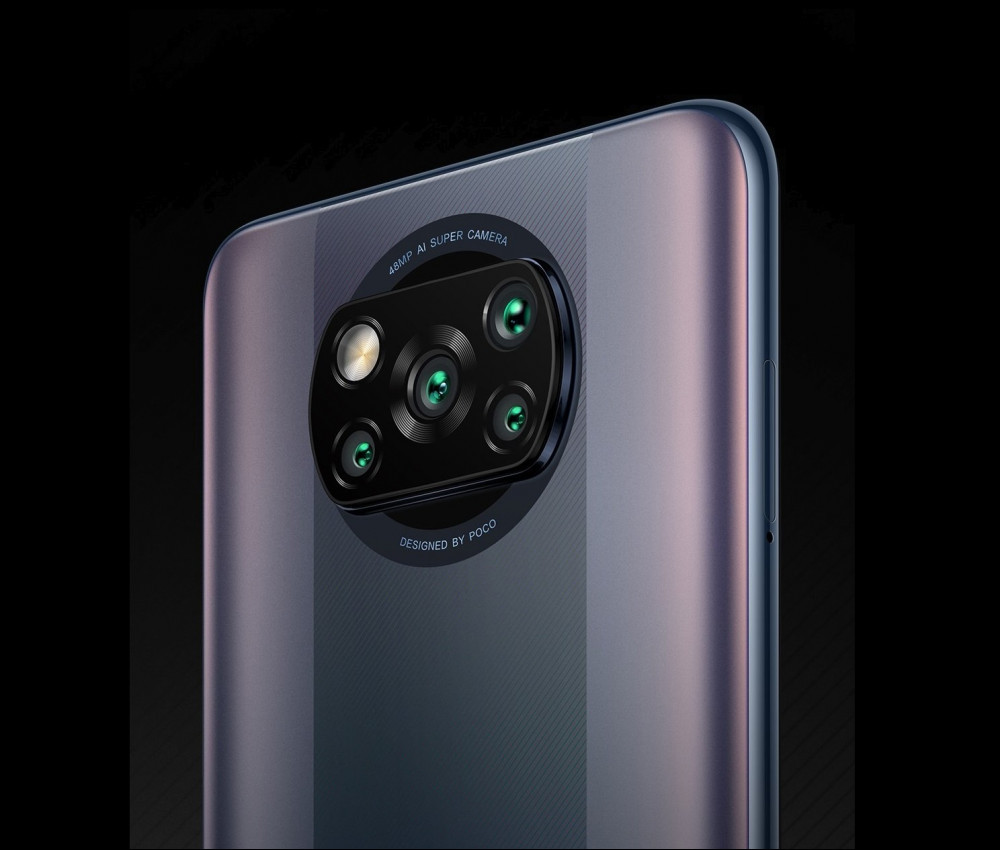 There’s a quad-camera set-up on the rear of the Poco X3 Pro- featuring a 48MP primary snapper which is based on the Sony IMX 582 Quad-Bayer 1/2″ sensor with 0.8µm pixels, 25mm f/1.8 lens, and PDAF. Night Mode is supported on this camera.

Just like the Poco X3 NFC, the Poco X3 Pro is powered by a rather large 5,160 mAh battery. Fast wired charging is supported, and the 33W adapter is bundled with the phone. Xiaomi’s official statement says the 33W charger should refill up to 59% in 30 mins and reach 100% in 59 mins.