Finally, here we are with the last piece of the iPhone 12 series-puzzle, the biggest, baddest and bestest of what Apple has to offer- the iPhone 12 Pro Max.

The LiDAR scanner measures distances by firing laser beams and measuring their reflections with a dedicated sensor.

This way, the phone can make a super accurate 3D representation of an object and later place it virtually anywhere, on top of that you can use it to measure distance too. 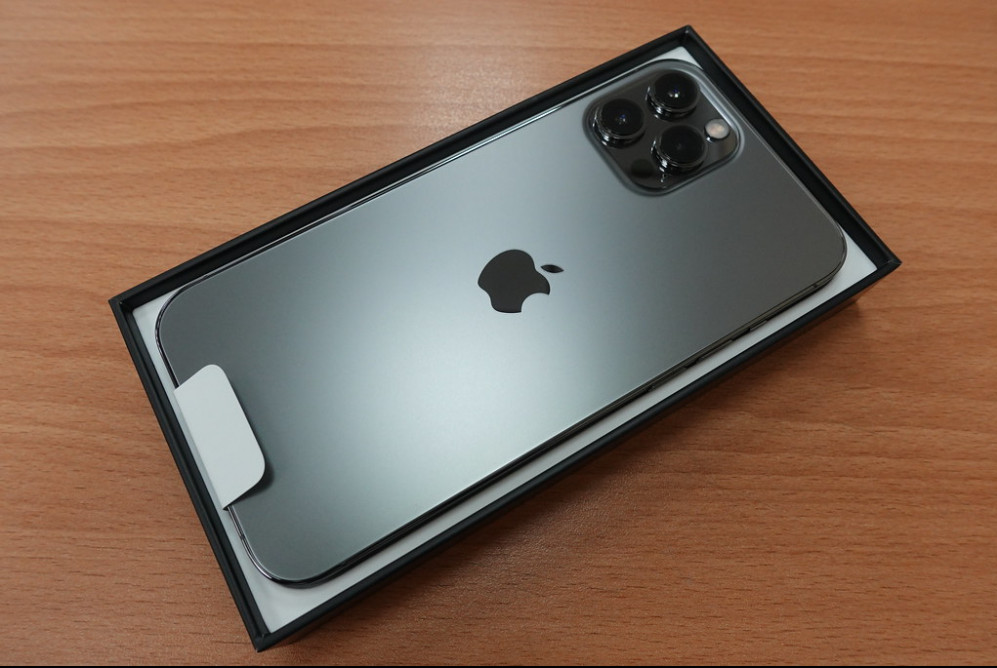 It rocks the same built design as the other 12 series smartphones and that is it has the Ceramic Shield at the front, the polished stainless-steel frame on the sides, and the tough Gorilla Glass on the back.

The 12 Pro Max is as waterproofed as the rest of the iPhone 12 bunch – meaning IP68-rated for dust and up to 6m water endurance. Featuring a gorgeous 6.7 inches Super Retina XDR display with a standard 60Hz refresh rate, though it would have been a home-run if it rocked a higher display refresh rate but nonetheless it’s such a delightful display.

The iPhone 12 Pro Max has a resolution of 1284 x 2778 pixels and 19:5:9 aspect ratio. The front is stained by the unibrow notch at the top, its one that I simply cannot get used to. The bezels are rather thin and it could be thanks to the flat screen design. 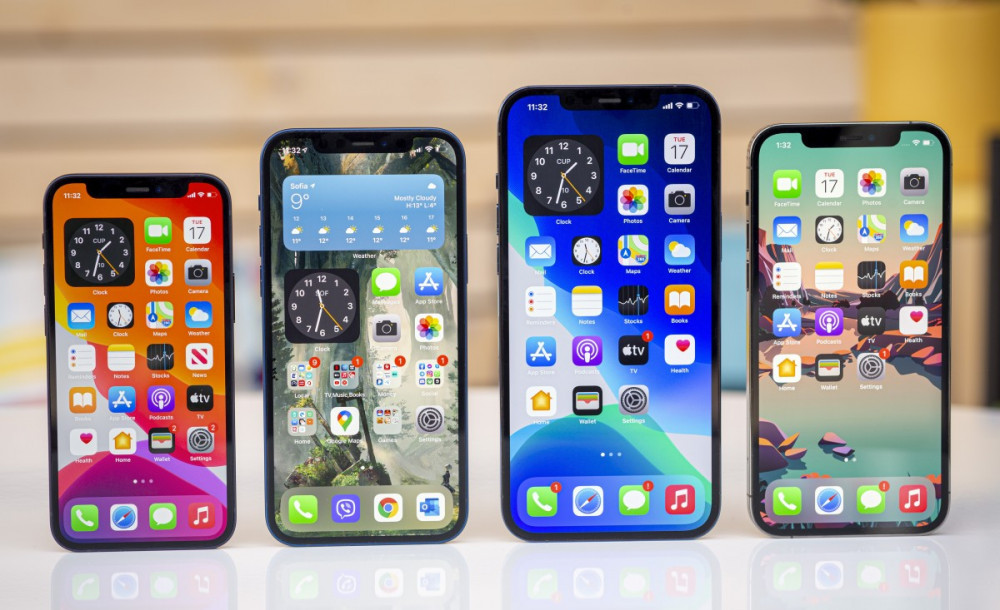 The shiny camera bump on the rear, similar as to the one on the iPhone 12 Pro, houese Apple’s latest camera advancements- the new 12MP primary lens with the largest sensor on an iPhone to date, a buffed up 12MP telephoto camera with the all new 65mm lens for 2.5x optical zoom, and the enhanced 12MP ultrawide camera with Night Mode.

The buttons on the sides are the same as on the iPhone 12 Pro including the port and speakers except the speakers on the 12 Pro Max is much bigger.

The entire iPhone 12 series boots with the latest iOS 14.1 and is powered by the new Apple A14 Bionic chip. It comes with the Qualcomm’s X55 5G modem. It is a 5nm chipset that has a six-core processor consisting of 2 big Firestorm cores clocked at 3.1GHz and 4 small icestorm cores working at 1.8GHz with TurboBoost capability to go 3.1GHz when necessary. Powering the graphics is a 4-core Apple GPU.

Included is the new 16-core NPU for machine learning that is said to bring a 70% increase in AI performance. Supporting this is 6GB of RAM and three storage option of 128GB/256GB/512GB. 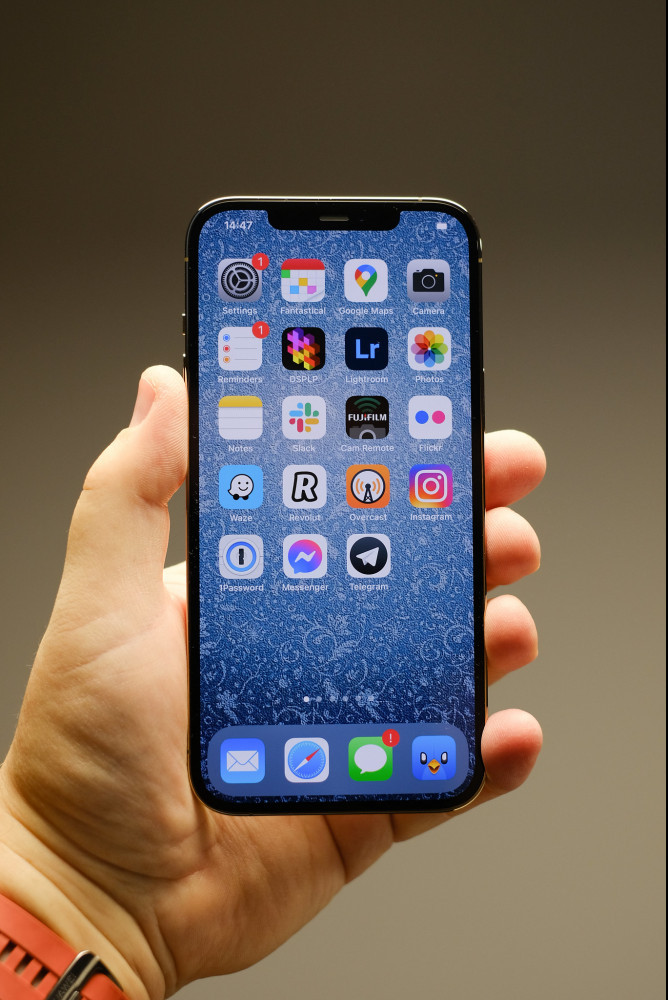 Coming to the cameras, there’s the selfie camera on the front that is the same across the board on all the 12 series smartphones, it uses a 12MP sensor with 1.0µm pixels and a 23mm f/2.2 lens. The focus is once again fixed.

When using portrait mode on this camera, it captures a depth map with the structured-light 3D scanner. The iPhone 12 Pro Max has a triple 12MP camera on the back similar with the iPhone 12 Pro but in this case its hardware is the main difference. 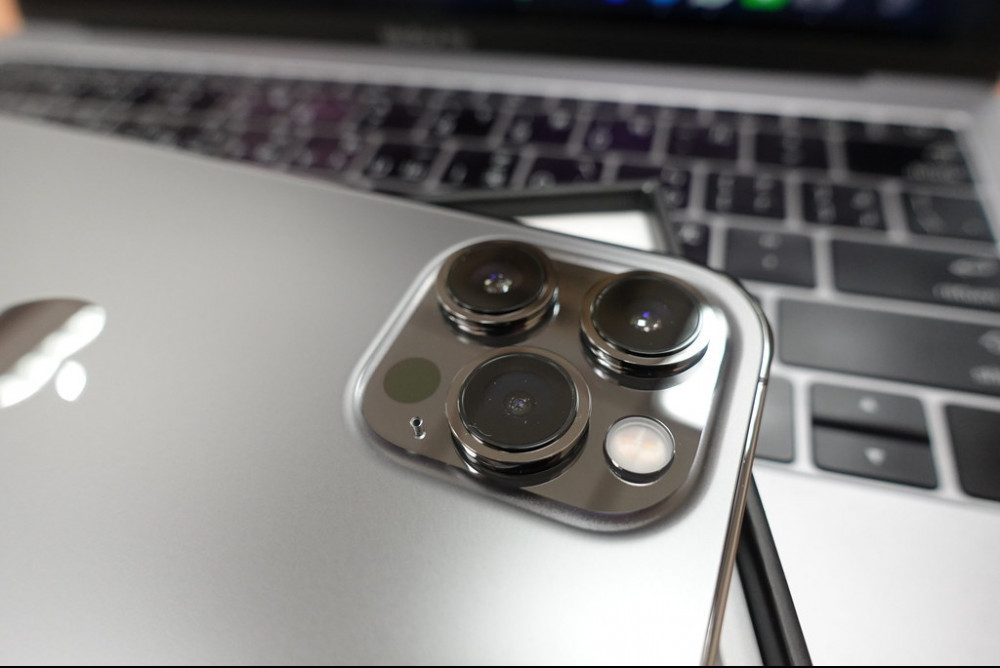 The Primary camera is a 12MP sensor with much larger 1.7µm sensor pixels which should help to capture better low-light photos with less noise to go around. It is 26mm with an aperture of f/1.6 and doesn’t have OIS.

Instead, this camera uses sensor-shift stabilization, meaning it’s the sensor that is stabilized in real-time and not the lens similar to the in-body stabilization or IBIS seen on many large-sensor digital cameras.

Then there is the 12MP ultrawide camera which has smaller 1.0µm pixels and 13mm f/2.4 lens. The focus is fixed with no OIS but supports Night Mode. This is the same as on the rest of the 12 series smartphones. 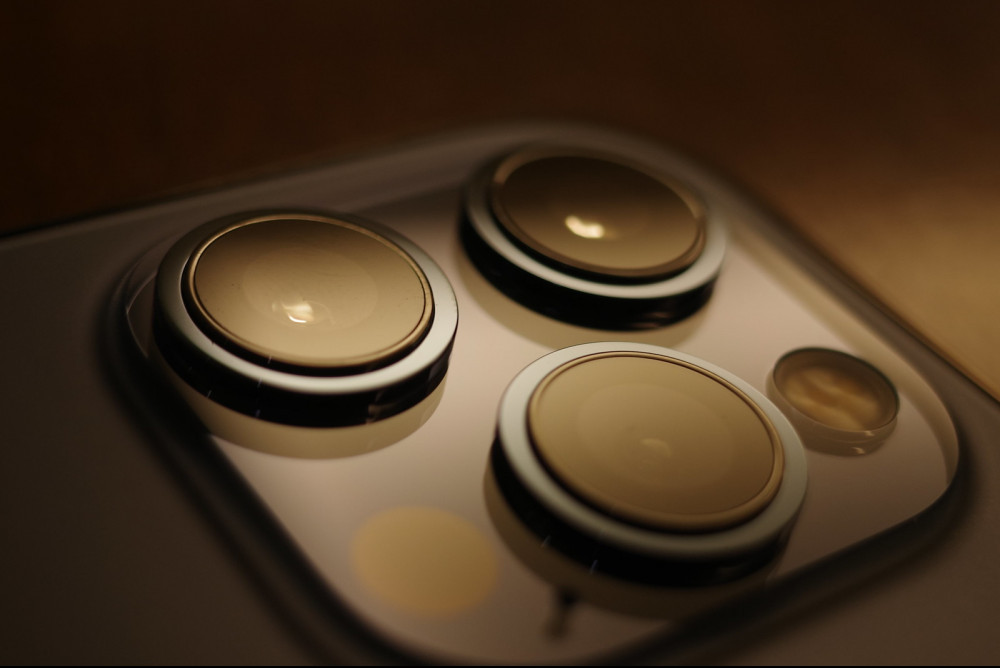 Third and lastly is the all new telephoto lens which has improved longer-range zoom lens – offering up to 2.5x optical zoom. The lens is now 65mm with f/2.2 aperture and has OIS but features no Night Mode.

All cameras support up to 4K@60fps video capturing with Cinematic Stabilization (EIS, EIS+IBIS/OIS) and Expanded Dynamic Range. Dolby Vision HDR capturing is possible on all cameras at all frame rates. 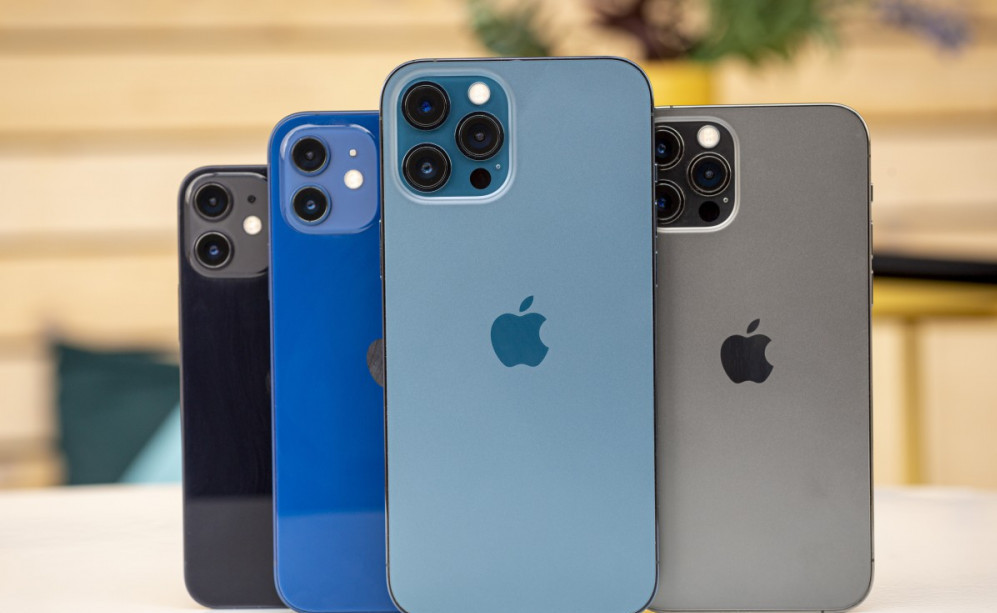 As for all those that have their previous iPhone 11 Series like the iPhone 11 Pro Max it’s probably not worth the upgrade as there are minor differences between the two devices. You might want or need to hold on to the 11 Pro Max a little longer before you make the switch/upgrade.

The iPhone 12 Pro Max is now available from the following links: